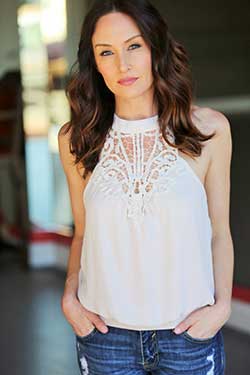 Allison Gladney began dancing at the age of three. Having grown up with parents in the music industry‚ she quickly found her passion for dance and the performing arts. This later led her to become a performer‚ teacher‚ and choreographer. Allison has performed in musical productions such as Cabaret‚ My Fair Lady‚ Guy’s N Dolls‚ Chicago‚ and Joseph & The Amazing Technicolor Dreamcoat. Some of her television credits include commercials for SONY Mini Disk‚ Tupperware‚ Kentucky Fired Chicken and appearances on the award winning television show Star Search. Additionally‚ Allison has performed as a featured dancer in music videos for artists including Bjork‚ Red Hot Chili Peppers and more. She has traveled throughout the United States performing in industrial shows for Nike‚ Big Five‚ and Sketchers. Allison’s passion for dancing‚ teaching‚ and choreographing has led her to achieve her lifelong dream of owning her own studio – Adage Dance Center. Several of Allison’s former students have gone on to perform on Broadway in The Lion King‚ Guys N Dolls‚ and Chicago‚ as well as being featured in national commercials‚ music videos‚ live performances in Las Vegas‚ the hit reality show So You Think You Can Dance‚ and much more. 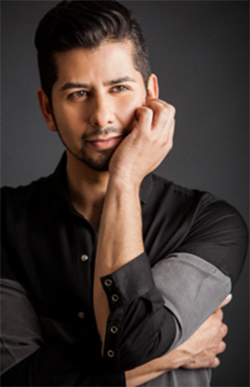 Richard Elszy is dedicated to training the next generation of dancers through his technical expertise and inspiring them with inventive and picturesque choreography. Elszy‚ a teaching protege of dance educator icon Paula Morgan fuses his wealth of knowledge and unique artistic vision to create a well rounded‚ technically innovative and game changing training experience.

buy me a rose lyrics Richard began his training at a small single room studio in Central California. Wanting to learn more about dance‚ he attended the University of California Irvine where he danced for legendary choreographer Donald McKayle as a member of his company “Donald McKayle’s Etude Ensemble” and trained with acclaimed ballet professor David Allen. Elszy has also trained with one of Americas 10 Ballet Masters Larry Long dancing with his “Civic Ballet Of Chicago” and in Philadelphia at “Philadanco”. Richard’s dedication to learning technique led him to train with Dance Icon Paula Morgan. He has trained with Paula Morgan for the last 11 years studying not only as a student in the “Paula Morgan Method” but also as a teacher. Elszy is one of few teachers certified to teach her Syllabus. He also has travelled extensively with Paula as her teaching assistance in the US‚ Europe‚ and Canada and is featured in all three of her technical DVDs.

Richard has worked as a choreographer and dance educator for several collegiate dance programs‚ companies and dance studios throughout the United States and Canada including UCLA‚ USA (United Spirit Assoc.)‚ and Silverlake Contemporary Ballet. Elszy is currently the director of technique at the National Award Winning Adage Dance Center where he has also won several FDC titles‚ choreographed numerous national title winning soloist’s and other accreditations; including the 2011 Rainbow Elite Video of the Year for “Step Sisters” and the Best Novelty/Character Musical Theater 2012 KARTV Dance Awards nomination for “500 Miles”. Recently‚ Richard won the 2014 Industry Dance Star Award In the Best Ballet/Open Category for his piece“Tornado”.

Former students of Richards have gone on to perform with professional modern/contemporary companies‚ collegiate dance programs and have danced and choreographed for artists including Lady Gaga and Miley Cyrus.

Richard Combines his extensive understanding of technique with an innovative choreographic style to create a unique class and coaching experience that is one of a kind training for the next generation of dancers. 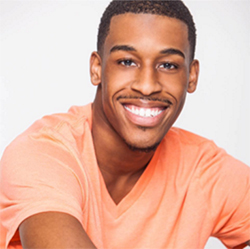 Quinton Peron credits much of his dance training to the faculty at Adage Dance Center‚ where he trained and was a member of the competitive company. Upon graduation‚ Quinton continued his training with the two–time National Champion Dance Team at Mount San Antonio College. Quinton has traveled across the country as an assistant with NRG Dance Project and choreographs for multiple dance studios locally and out of state. He has choreographed for multiple dance teams at schools such as Cal Poly Pomona‚ Bishop Amat High School‚ Los Osos High School‚ Brea Olinda High School‚ Claremont High School‚ and Bonita High School. As a competition choreographer and a former competition dancer‚ Quinton has received numerous top overall awards and recognitions. Some of Quinton’s commercial and stage credits include “Fresh and Easy”‚ Elev8 Hip Hop crew‚ World of Dance San Diego and Las Vegas‚ Three23 Dance Company‚ Points of View Dance Company directed by Terry Schulke‚ Vibe‚ and can be seen in Season 11 of “ So You Think You Can Dance.” Quinton is currently signed with The Movement Talent Agency(MTA)‚ and enjoys sharing his energy and creativity with his students at Adage Dance Center. 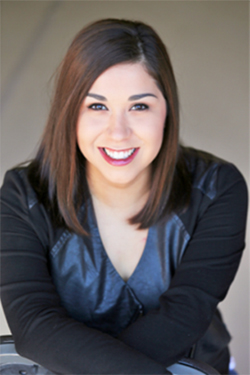 Monique Crooks fell in love with performing the very first time she hit the stage. She has trained under the direction of Paula Morgan‚ Richard Elszy‚ Allison Gladney‚ and Eddie Garcia at Adage Dance Center in all dance styles including Jazz‚ Ballet‚ Pointe‚ Lyrical‚ Contemporary‚ and Hip–Hop. After graduating high school in 2012‚ Monique has since worked her way up from assisting Allison Gladney and Richard Elszy to becoming a teacher at Adage. Recently‚ Monique has also found her passion for acting. She can be seen on shows such as “Pretty Little Liars‚” “Bones‚” “Grey’s Anatomy‚” “Scandal‚” and many more. Monique loves her students and plans to continue teaching the Paula Morgan technique she learned as a student at Adage.

Eddie Garcia’s groundbreaking music video‚ television‚ live appearances‚ and tour credits include Janet Jackson‚ principal performer for three world tours with Michael Jackson‚ as well as appearances with Jennifer Lopez‚ Sheryl Crow‚ and Paula Abdul along with many others. Eddie has done it all from stage to film and television such as RENT‚ “Eve“‚ and “The Today Show“‚ to commercials for Subaru‚ Miller Beer‚ and B.U.M Equipment. He has been a Creative Director and choreographer on multiple projects for Jennifer Lopez‚ as well as the choreographer for the feature film‚ “Bringin’ Down the Houze”. Eddie has also choreographed for bands such as Velvet Angels and Jane’s Addiction. You can see Eddie in numerous music videos along side of Michael Jackson‚ Janet Jackson‚ Paula Abdul‚ and many other well known musicians. Eddie is currently on staff at the Edge Performing Arts Center in Los Angeles‚ CA and is still a working dancer/performer.

Lexi Salazar has enjoyed being part of the dance world since the age of 3 years old. She found a passion working with kids at the age of 14 when she got the opportunity to assist and sub dance classes at Studio Elite. Lexi attended Etiwanda High School and was on the Varsity Dance Team receiving Best Toe Tapper all 4 years and awarded EHS Student Standout in Dance. After graduating high school, she became the Office Manager/dance instructor teaching Tap Dance to all ages at all levels as well as teaching the adapted dancers for 5 years. Lexi attended Chaffey College where she danced on the Crimson Dance Team for 2 years training with Erika Goe and Rachelle Fawcett. She received 2 A.A. degrees in Dance and University Studies/Arts and Humanities. She then received her Bachelors of Science at Cal State University San Bernardino in Kinesiology. Lexi has trained in all dance styles at several studios. She has trained at Studio Elite where she trained with Keri Elliot Livingston, Larina Vessup, and David Lee Brandt. She was also honored to train here at Adage Dance Center with Allison Gladney and Richard Elszy. She has performed in Tap and Taiko Productions with Linda Ellison and in Rhapsody in Taps where she accepted the opportunity to train with Fred Strickler, Gregg Russell, Bob Carroll, and Ken Bell. Lexi is currently on staff at the RC Cub Squad as their competition Tap instructor/Office Manager and is excited and honored to be here at Adage Dance Center teaching tap to all the wonderful dancers. 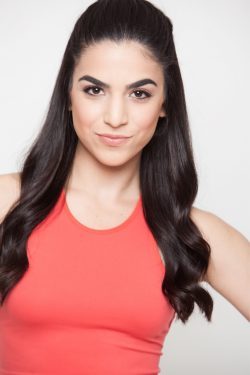 Elyssa Brown began competitively dancing at the age of 5 years old. At age 12, Elyssa joined the Adage Dance Center company, where she trained under the direction, of Allison Gladney and Richard Elszy. Upon graduating high school, Elyssa decided to pursue dance professionally in New York City. After attending the Professional Semester at Broadway Dance Center, Elyssa had the incredible opportunity to sign with MSA Dance Agency. Elyssa has had the pleasure of working with well renowned choreographers and directors, such as Josh Bergasse, Pat Birch, Hal Prince, Warren Carlyle, Eddie Garcia, and Myron Johnson among others. Elyssa’s most recent credits include; the 1st National Tour of The Bodyguard the Musical, Comcast Xfinity Mobile, 47’ NFL, and Broadway Cares Equity Fights Aids. Elyssa is a former principle dancer with New York City Opera, in the productions of Candide and La Campana Sommersa. Other performance credits; Radio City Spring Spectacular, Macy’s Fall Fashion Show, FOX Upfronts; Grease Live, and Pastry Sneakers to name a few. In addition to teaching dance, Elyssa specializes in teaching Acro/Tumbling to dancers. Elyssa is thrilled to share her knowledge, passion, and love for dance with the next generation of dancers at Adage Dance Center.
SPENCER BIGGS
ACRO/ CONTEMPORARY/ JAZZ/ LYRICAL/ TECHNIQUE 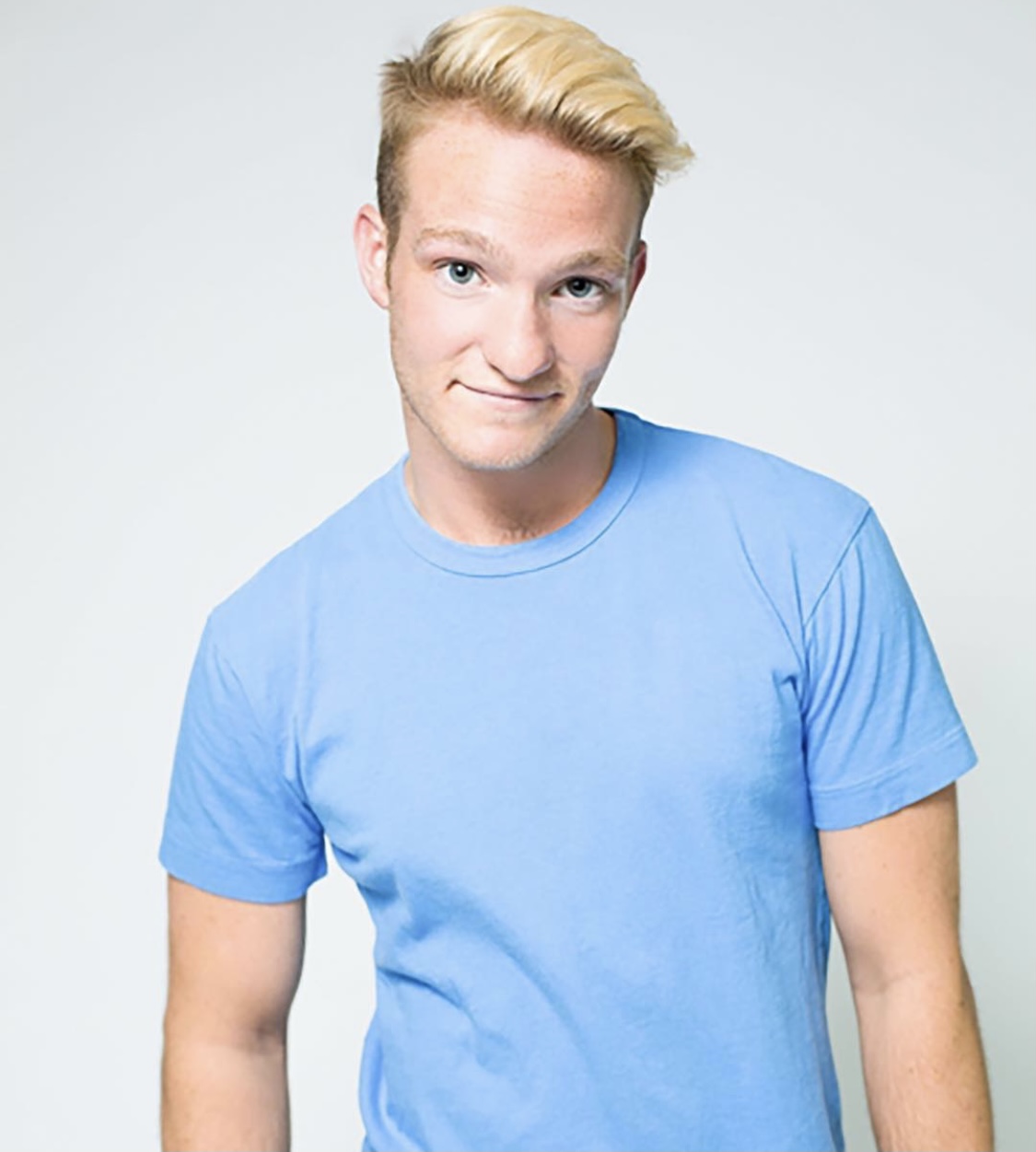